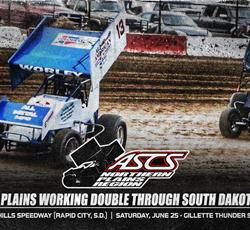 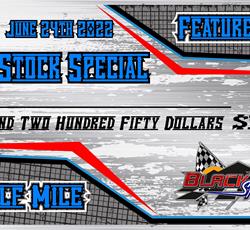 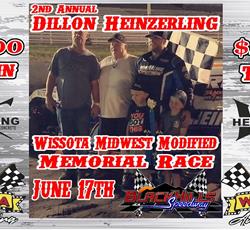 6/14/2022
Action Packed racing returns to the Half-Mile June 17th with the 2nd Annual Dillon Heinzerling Wissota Wissota Midwest Modified Memorial Race!! $2,000 to win event! All 6 classes will be racing with cars traveling from a 5 state region! Gates open at 5pm with racing...more 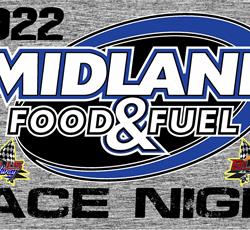 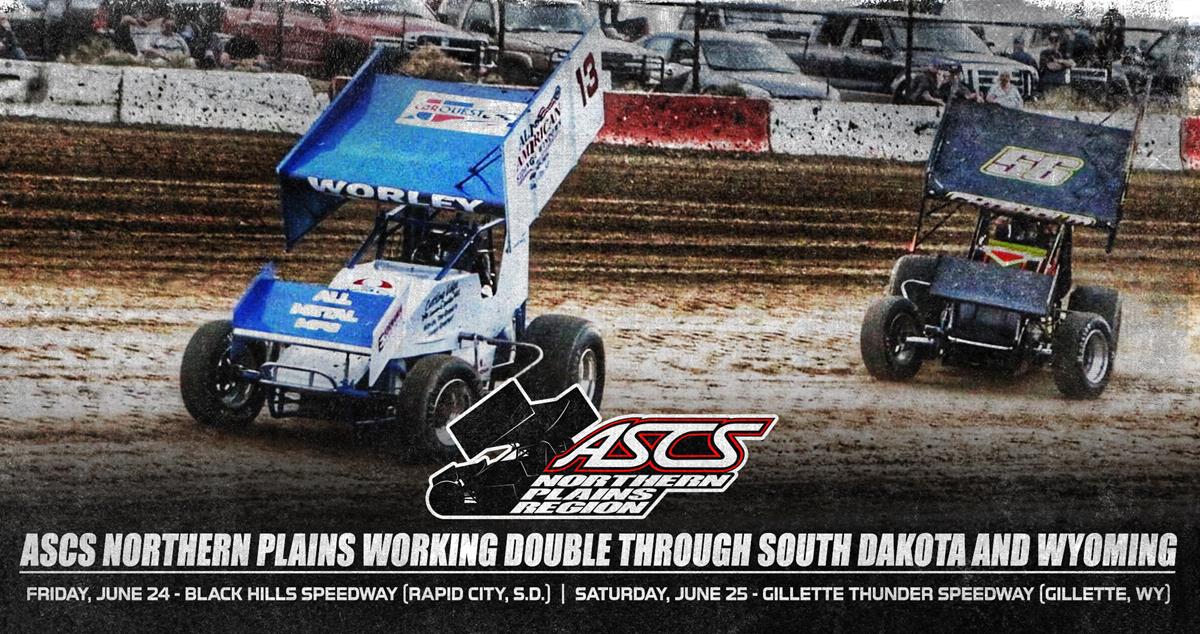 Rounds seven and eight on the season, the first two-night run of the 2022 season is the sixth night at Black Hills, and the only appearance of the Gillette Thunder Speedway.

Going into this weekend, the last four outings have been topped by Adam Speckman with Travis Reber chasing. Assuming the point’s lead by two after this past weekend’s win, like the last four races, Travis Reber is the one chasing the No. 4. McKayla Worley holds third, with Austyn Gossel and Jordan Tanner making up the top five.